The notion of business ethics in the context of Torah is not merely an ideological frame- work that was developed in order to deal with the challenges of the world of business.  Rather the Torah views growth in professional proficiency as a necessary requirement for a persons’ spiritual growth in general.  The protocol of the business world requires a skill set that consists of maturity, self control and intelligence.  A person who has not been in involved in that world really has no context wherein he can develop those skills. Thus being involved in the market place is a necessary prerequisite for spiritual advancement.

This idea is reflected in the Halachic ruling that a professional gambler is invalid to testify in court neither can he take the position of a judge.  The sage R Sheshes says that the reason for this is that he “does not participate in the civilized world”.  If this gambler would have a job and gamble as a hobby he would be a valid witness as through his professional endeavours he would have acquired the savvy to understand the ways of the world.  But as a professional gambler having no need to deal with people and their complexities, live up to deadlines and accept work responsibility, he is incapable of understanding the way life works and therefore he cannot be trusted in a court of law.

However being occupied with constant responsibilities and challenges can also have the opposite effect on a person.  Instead of developing within him the noble traits of reliability and integrity, it can lead to become manipulative and money hungry.  The struggle to remain honest is constant one and many a man has fallen prey to the temptation of a quick profit for a small lie.

Thus it is crucial that we develop a paradigm within with in which we can view our jobs as springboards for character refinement and Torah growth.  This will require a set of focuses that we take with us into the workplace.  There are ten potential danger areas that need to be avoided:

Obviously the details of these categories need to be clarified and methods of approach to overcome the temptations have to be put forward. 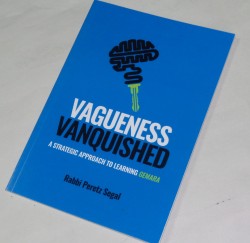